QUESTION: Please comment on the ramifications of essence contact, including how it has an impact on both a person’s current life and those lives yet to come. What is it about essence contact that makes these rather expansive reverberations possible?

Michael: We will start by saying the essence contact is perhaps the single most relevant  experience to essence growth while on the physical plane and beyond. By this we mean to say that while fragments are incarnate as humans, those fleeting moments of essence contact which is experienced between two fragments "soul to soul" and without the constraints of the personality, are gems in a sea of physical plane strife and conflict. This is not to imply that all experiences on the physical plane are full of conflict, but rather to state that it is the physical plane that offers the most strident examples of fear and turmoil and the joyful experience of essence contact is in stark contrast to the fear and pain that many fragments experience ongoing. When a fragment is able to let down their guard if only for a moment in order to meet another fragment soulfully, then it is during those briefest of moments that the fragment can remember that he or she is part of a greater whole and that separateness is an illusion.

The release of the personality is not usually sustainable due to the impact of the outer world and the necessity of having a vehicle through which to interact. It is through the experience of the higher centers that essence contact occurs, and these higher centers are accessed through the moving center. This process does not imply that fragments need be moving physically in order to achieve contact and higher centered foci, but rather that there does need to be an expansion into these centers in order for the personality to drop away.

Once essence contact occurs between fragments it can never be denied on an essence or soul level. However it is often the case that the personality denies the experience because it is too frightening except for those fragments who seek spiritual growth, and even then the experience is often questioned and or relegated to the "well maybe something happened" arena. When validation does occur on a personality level, and especially when both fragments are able to mutually validate the experience, then exponential growth occurs and each fragment has more access to the positive poles of the overleaves and to the life task, whatever that is. And when this ability is reached and realized in a specific lifetime, then that ability carries forward into subsequent incarnations if the fragment chooses to make use of this ability. Older souls, who in our estimation are mid-cycle mature and on, in level, often can remember these experiences when in contact with those fragments with whom they have shared in the past, and this is especially so with essence twins, task companions, cadence and entity mates.

We will remind you that essence contact is not complicated. This does not mean it is easily attained and in fact cannot be "grasped" with intention but can be a "possibility" so long as a fragment is open to it and does not resist it when it occurs. There is no failure here and no expectations. There are many possible moments for essence contact and can often occur when the fragments involved are not seeking it, but are open to it. It is receptivity that is the key here and not "effort". END

Posted by Victoria Marina-Tompkins at 11:59 AM No comments:

EXCERPT FROM "SPIRITUAL TURNING POINTS: A METAPHYSICAL PERSPECTIVE OF THE SEVEN LIFE TRANSITIONS"

"Our essence has an interesting way of creating realignment
with its purpose and one way that it does that is through course
corrections. For example, we may be planning on entering a four-year
advanced study of electronics but learn at the last moment that
the school we were going to attend has been overbooked and we
are now off the roster. If we hold to the opinion that this school was
the only school that would work, or the best school, then we are
scripting the outcome through surety of our choice. But how do we
really ever know that our choice is the absolute best or “right” one?
We can’t. Only in retrospect can we see that our long and winding
path through life took many turns but was always moving forward
even when we felt it had stopped. There are times, however, when
a major course correction is needed from a soul essence point of
view and that no matter how hard it tries to get our attention, we
just aren’t listening.

Laurie was a professional photographer. From roughly the age
of ten she had been taking snapshots and putting them into books,
carefully noting the who, what, and where by each picture. As she
grew older, her love of the camera developed into her work when she
got the job of her dreams as the head reporter and photojournalist
for a local newspaper. After ten years, however, she had, in her mind,
learned all she could and was ready to move on, but by then she
had two young sons and a husband who had just lost his job, so
she stayed at the newspaper, becoming more and more depressed
and literally unable to get out of bed some days.

From an essence perspective, Laurie was ready to move toward
a new line of work through which she would find more creative
self-expression. After several months of incapacitating lethargy,
she found her way to a talented therapist who was able to guide
her toward the real reasons she was hesitant to change jobs and it
wasn’t what she thought at all; it had more to do with her fear of new
situations. What I hadn’t mentioned before is that at the age of twelve,
Laurie’s father had died. He had been her cheerleading team and
emotional support, and when he died she became determined to
make him proud and what better way than to become a professional
photographer? What had started as a childhood hobby, albeit an
enjoyable one, was now a near obsession to follow the path her father
had encouraged. Plus, with an unemployed husband and children who
depended on her, how could she be so selfish as to take risks with a
new career? Well, Laurie did figure it out. She is now sixty-two, and
has thoroughly enjoyed teaching art to children for the past twenty
years. She navigated through a course correction with the help of
a good advisor, her therapist, and the support of her husband who did,
after all his misgivings, suggest she follow her new dream.” 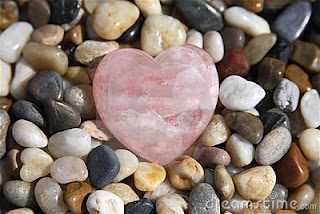 Close your eyes, fall in love, stay there.
~ Rumi

Posted by Victoria Marina-Tompkins at 1:47 PM No comments: 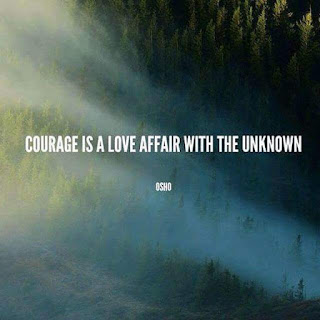 Posted by Victoria Marina-Tompkins at 12:49 PM No comments: 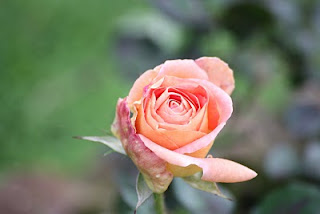 Posted by Victoria Marina-Tompkins at 9:33 AM No comments: 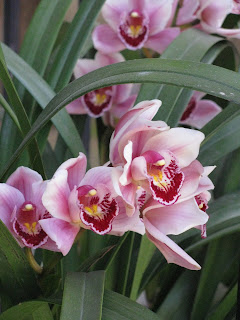 "Happiness is when what you think, what you say,  and what you do are in harmony."  -Ghandi

Posted by Victoria Marina-Tompkins at 9:25 AM No comments: 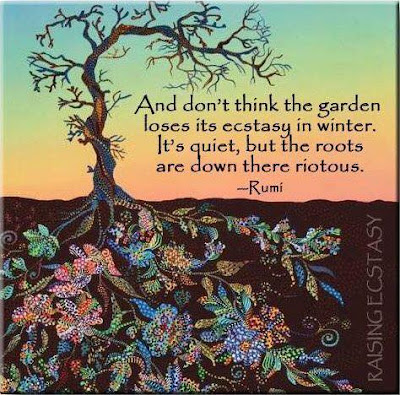 Posted by Victoria Marina-Tompkins at 11:01 AM No comments: 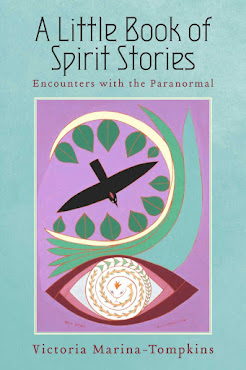 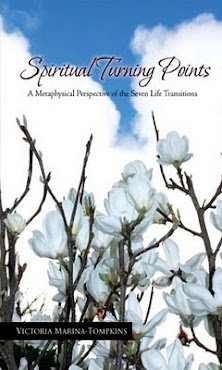 "Spiritual Turning Points: A Metaphysical Perspective of the Seven Life Transitions" by Victoria Marina-Tompkins Now Available through Xlibris, Amazon, Barnes and Noble, iBooks and at your local bookseller Click on book for more info! 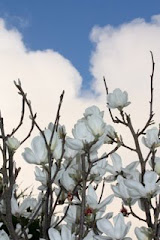 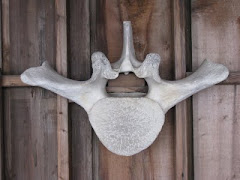